I kid, but only somewhat. Over the past few macOS releases, Apple's been silently patching these classes to be more modern. NSTableView is actually super similar to UITableView; auto-sizing rows work fine, and you can get free row-swiping on trackpads. You'll be stuck working around a strange data source discrepancy (a flat list vs a 2-dimensional list), but it can work. NSCollectionView was mired by an old strange API for awhile, but it's now mostly compatible with UICollectionView, provided you do the proper ritual to force it into the new API.

In iOS-land, there's a pretty great project by the name of SwipeCellKit which brings swipe-to-reveal functionality to UICollectionView. It's nice, as one of the more annoying things about moving from UITableView to UICollectionView has been the lack of swipeable actions. In an older project I wound up looking into how difficult it'd be to bring this same API to NSCollectionViewItem; I didn't finish it as the design for the project wound up being easier to implement with NSTableView, but I figured I'd share my work here in case anyone out there wants to extend it further. A good chunk of this has been from digging through various disconnected docs and example projects from Apple, coupled with poking and prodding through Xcode, so I'd hate for it to fade back into obscurity.

Just Give Me the Code...

If you're the type who'd rather dig around in code, feel free to jump directly to the project on GitHub. It's a complete macOS Xcode project that you can run and mess around with, in the style of a holiday calendar. It's December, sue me.

Getting this working for Cocoa was a bit cumbersome, as there's a few different ways you can attempt it, all with their own pitfalls.

Ultimately, the best approach I found was going with simple touchesBegan(), touchesMoved(), and touchesEnded() methods on the view controller item. The bulk of the logic happens in touchesMoved(), with the rest existing mostly as flow-control for everything.

Before implementing those methods, setting up an NSCollectionViewItem so that it'll report touch events requires a couple of lines of code. I don't use Interface Builder, so this is included in overriding loadView() below; if you're an Interface Builder user, you might opt for this to happen in viewDidLoad() instead.

With the above in place, touches should properly register. We're primarily interested in mimicing the two-finger swipe-to-reveal that NSTableView has, so our touchesBegan should block anything other than that.

When the first two-finger swipe begins, we grab the initial points for comparing to later movements.

As a drag occurs, this event will continually fire. We grab the newest ("current") touches, and compare where they are in relation to the initial touches. There's a bit of math involved here to get this right, as the Trackpad on Mac isn't quite like a touch screen (normalizedPosition doesn't map to a pixel coordinate). Once we've calculated everything, we can begin animating the top (content) view to reveal the contents underneath.

The last necessary pieces are just handling when a drag event ends or is cancelled. We'll forward both of those events into endTracking, which determines the final resting state of the drag animation: if we've dragged far enough in either direction, it'll "snap" to the threshold and hang there until a new swipe gesture begins.

While the above implements swiping, it's not... great yet. As I noted over on the GitHub repository, this could definitely be tied into a SwipeCellKit-esque API (or just into SwipeCellKit entirely). It also doesn't take drag velocity into account, as calculating it on macOS isn't as simple as iOS, and I ended up scrapping this before using it in a shipping product. Feel free to crib whatever code or assets as necessary! If you end up building on this or taking it further, a line of credit would be cool. 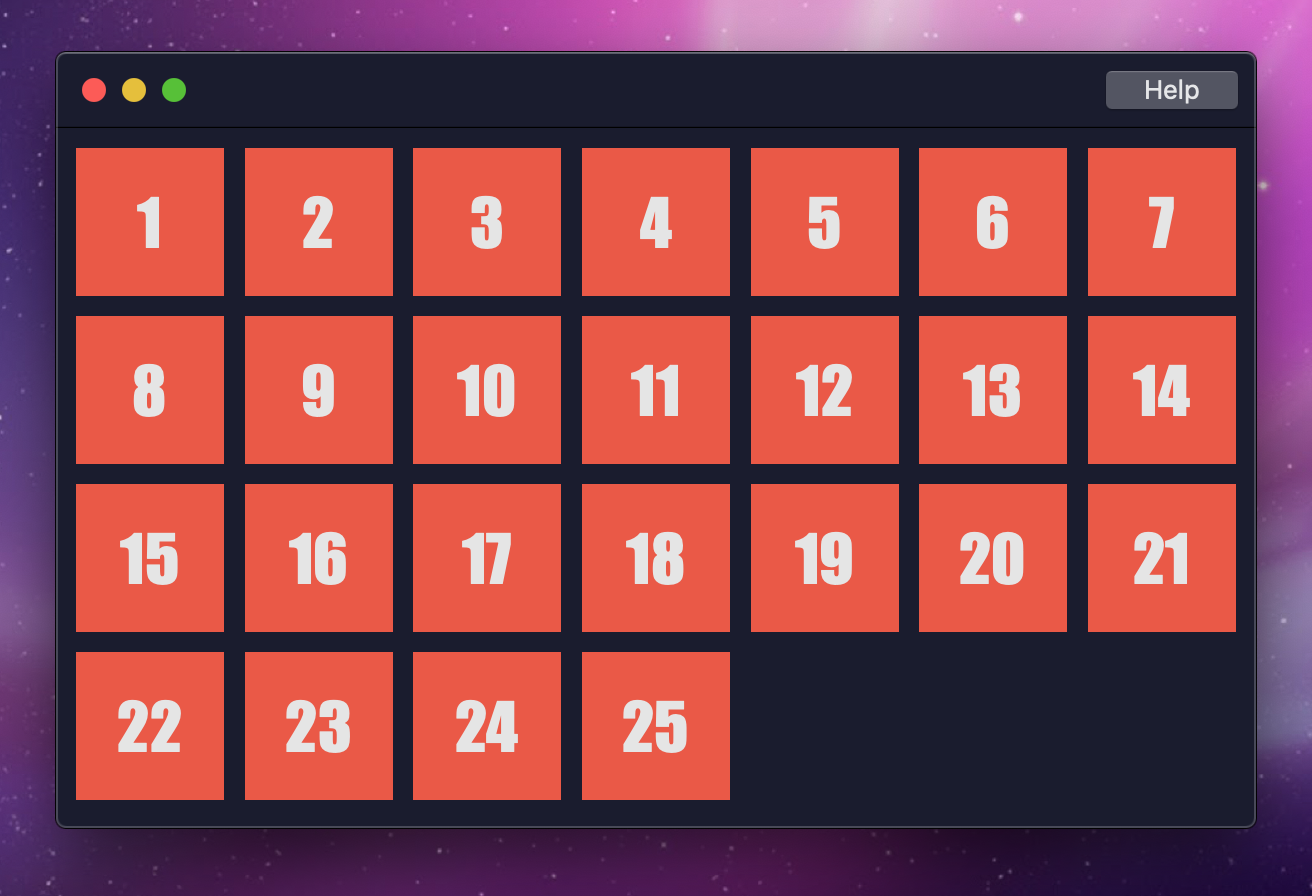 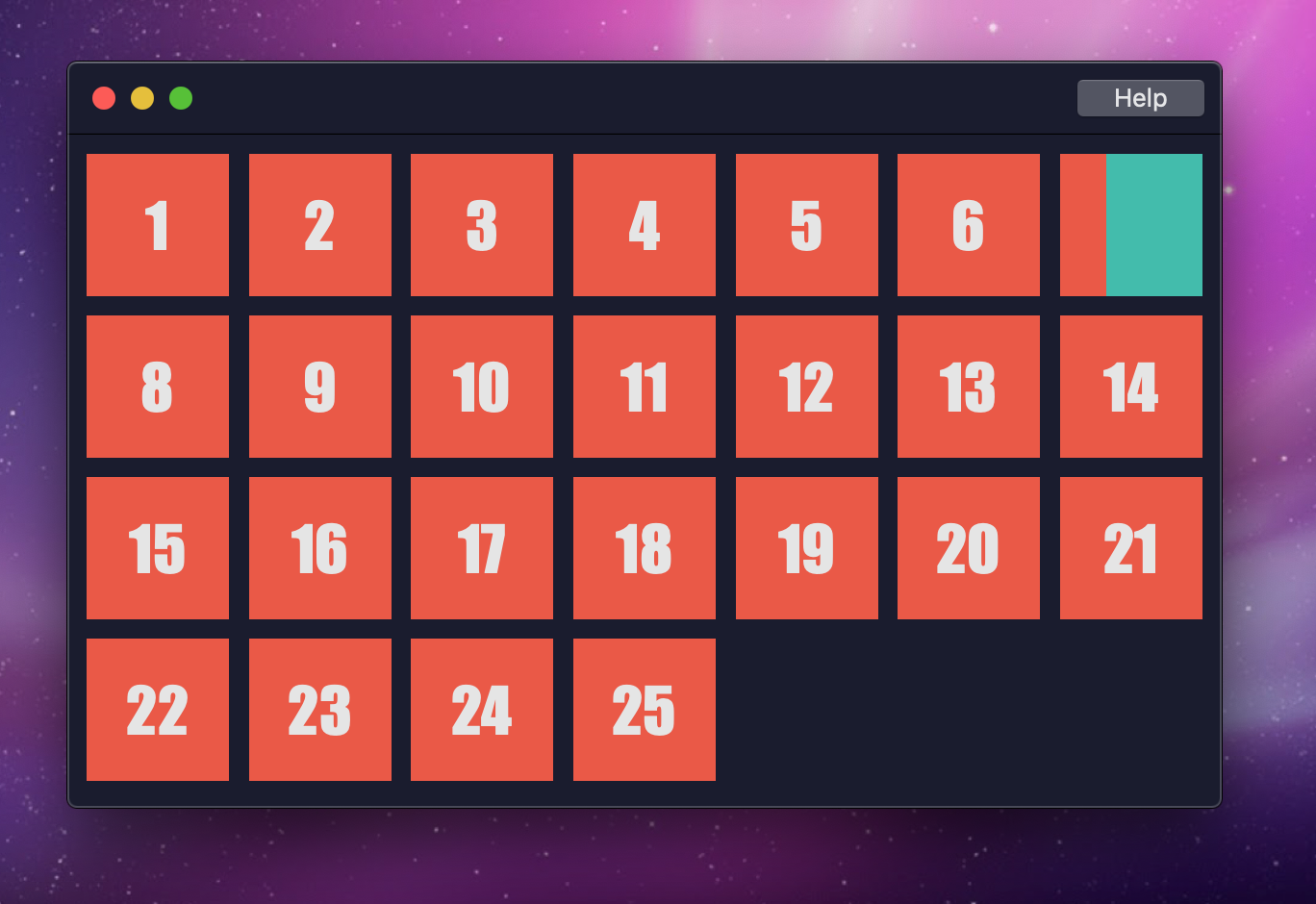